Lucanor Giovanni (Anima: Beyond Fantasy), crown Prince of Lucrecio. His extremely acute intuition allows him to anticipate all obstacles and always make the best decision, ushering a era of great prosperity.

"Some things, I just know. I don't know how I do, I just do."
― Cassie Newton (Buffy the Vampire Slayer)

The power to intuitively sense and adapt to future events. Combination of Intuitive Aptitude and Precognition. Variation of Claircognizance.

User can intuitively understand what is going to happen and how to deal with it. This power works on a purely instinctual level: users don't receive any additional data, but can spontaneously feel how events are going to unfold and what the best course of action is, making it more of an inherent part of themselves than an external ability. Thus they always automatically make the most optimal decision in any scenario. Allowing them to achieve the best possible results in all fields of life and deal with events in the most efficient manner. They automatically seize all opportunities and make the most out of any situation.

This hyper instinct allows them to make the right decision in any situation, multiplying their survivability and success rate, develop their physical and mental abilities to reach near or even far-beyond superhuman levels, acquire/learn new skills and techniques at extraordinary levels and master them in an instant, create/invent new technology and equipment, special medicines, and even drug enhancements without any effort, come up with new and immensely brilliant ideas/plans to counteract/prepare for every possible/impossible situation with boundless creativity and wit, etc., allowing them to overcome great hardships with minimal damage and pull victory from the jaws of defeat despite all odds.

Sinbad's (Magi: The Labyrinth of Magic) supernatural intuition allowed him to conquer seven "Dungeons", extremely hostile magical labyrinths that have seen the death of entire armies.

Ellis Baker (Hunter Killer) alias the Catalogue, an Empathic Replicator who can intuitively adapt to upcoming events, be they life-threatening or mundane. 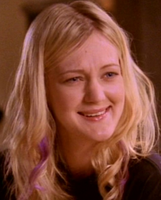 Cassie Newton (Buffy the Vampire Slayer) can predict the future intuitively. She won't know how the actual events will occur, what causes it or even certain details but knows it as fact. 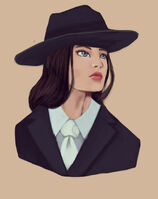