An example of this would be: If the user copied Electricity Manipulation, the user would understand electricity's connection to magnetism, allowing the user to gain the full power of Electromagnetism Manipulation.

After witnessing Rei's Nanto Suichōken, Kenshiro (Fist of the North Star) learned and mimicked it instantly. 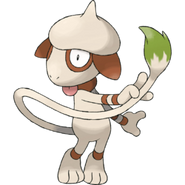 Mei Mei (Valkyrie Crusade) can copy and master any technique she sees.
Add a photo to this gallery
Retrieved from "https://powerlisting.fandom.com/wiki/Intuitive_Replication?oldid=1450564"
Community content is available under CC-BY-SA unless otherwise noted.