Bart Allen/Kid Flash (DC Comics) used this ability when he caught up with some much needed reading.

The power to become invisible when moving at incredible speed. Combination of Enhanced Speed and Invisibility.

The user can move so fast that others can't see or follow their movements because they move faster than the eye can follow. 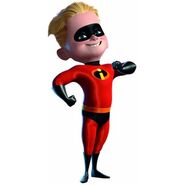 Kim and Rufus (Kim Possible) move at a fixed superhuman speed thanks to the Valkyrie-1000 shoes. 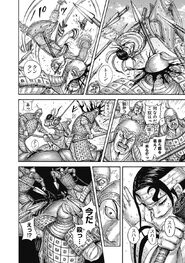 Hiruko's (Naruto) Swift Release: Shadowless Flight allows him to move so fast he becomes invisible to not only the naked eye but to the Sharingan as well.

Seta Soujiro (Rurouni Kenshin) can move so fast as to completely disappear from sight when he uses the True Shukuchi technique.

Speed O-Sound Sonic (One-Punch Man)
Add a photo to this gallery
Retrieved from "https://powerlisting.fandom.com/wiki/Invisible_Speed?oldid=1445371"
Community content is available under CC-BY-SA unless otherwise noted.