Use the traits of Jack Frost.

The power to use the abilities of Jack Frost. Variation of Cryptid Physiology.

User with this ability either is or can transform into a Jack Frost, a spirit and the personification of crisp, cold, winter weather, a variant of Old Man Winter held responsible for frosty weather, for nipping the nose and toes in such weather, coloring the foliage in autumn, and leaving fernlike patterns on cold windows in winter. He is also at times shown as a mischief-making spirit, carefree and happiest when he can behave as he pleases. With no obligations, he is able to flourish.

He is traditionally thought to leave the frosty, fernlike patterns on windows on cold winter mornings (window frost or fern frost) and nipping the extremities in cold weather. He is sometimes described or depicted with paint brush and bucket coloring the autumnal foliage red, yellow, purple, and orange. Jack Frost is friendly but if provoked, he will kill his victims by covering them with snow. On the other hand, some versions depict him as a kinder being who only wishes to enjoy himself and bring happiness to others. He is often portrayed as an older man, though other depictions show him as a young adult or a teenager. 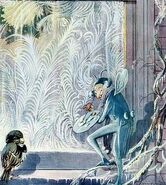 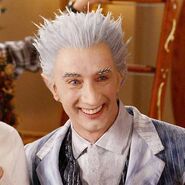 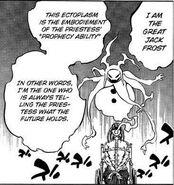 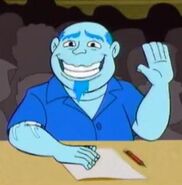 Jack Frost (Unbreakable Machine-Doll)
Add a photo to this gallery
Retrieved from "https://powerlisting.fandom.com/wiki/Jack_Frost_Physiology?oldid=1490313"
Community content is available under CC-BY-SA unless otherwise noted.