Valus Mau'ual (Destiny) like almost all Cabal can use high-tech jet packs to traverse difficult terrain with ease.

The ability to possess great skills to flight on to anything with jet pack equipment or powers. Variation of Gadget Usage.

User demonstrates skills with using jet packs such as for long distance leaps, flight, elevation and even using the rockets as a means of attack.

Valus Tlu'urn (Destiny) like other Cabal can use jet packs to such a skillful degree. 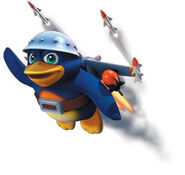 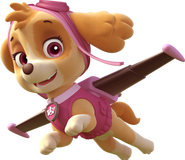 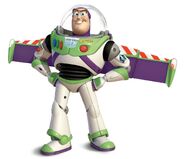 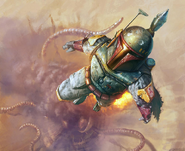 Boba Fett (Star Wars)
Add a photo to this gallery
Retrieved from "https://powerlisting.fandom.com/wiki/Jet_Pack_Proficiency?oldid=1654575"
Community content is available under CC-BY-SA unless otherwise noted.