A Kendo practitioner readies herself for her daily training.

Have a natural/developed understanding of Kendo swordsmanship.

"Kendo cannot just be taught nor learned. It must be trained day and night without quiting. Then you will know the true value of Kendo."
― Sasaburo Takano, one of the greatest pioneers of Kendo during the Showa Era.

The ability to have an innate knowledge of kendo. Variation of Martial Arts Intuition and Sport Intuition.

The user has an innate knowledge and understanding of kendo, a modern style of martial arts based on traditional samurai swordsmanship. 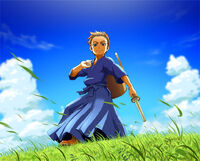 It is Better to be a Warrior in a Garden than a Gardener in a War.

Since the age of 4, Shizuku Yaegashi (Arifureta Sekai Saikyou) has had tremendous talent in Kenjutsu, even became an unbeatable Kendo Champion in Japan.

While from a family of fishermen, Yami Sukehiro (Black Clover) trained himself in the art of kendo as he developed and honed his own personal style of swordsmanship that he uses in conjunction with his Dark Magic.

Before Zaraki, Retsu Unohana (Bleach) was the greatest Zanjutsu master of Soul Society.

Kenpachi Zaraki (Bleach) has immense talent and potential in Zanjutsu that surpasses even Retsu Unohana.

Sosuke Aizen (Bleach) is one of the greatest Zanjutsu masters of Soul Society.

With outstanding talent in Zanjutsu, Ichigo Kurosaki (Bleach) became one of the greatest Zanjutsu masters within 2 years of self teaching and battle experiences. 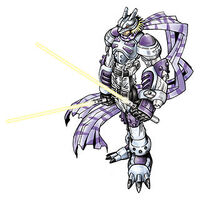 Lobomon (Digimon) possess many kendo based attacks such as Lobo Kendo.

Saeko Busujima (Highschool of the Dead) has extraordinary talent in Kendo, which would prove vital to the survival of her team in the Zombie Apocalypse.

Kozuki Oden (One Piece) was the greatest Kendo prodigy in Wano, becoming a full fledged master at age 9 and inventing his own Oden Nitoryu Kenjutsu. 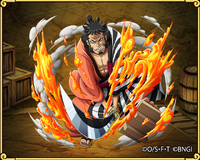 Kin'emon (One Piece) is a master of Kitsunebi Ryu Kenjutsu.

Kawamatsu (One Piece) invented his own Kappa ryu Kenjutsu. 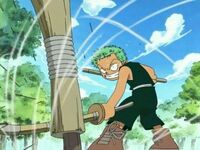 As a man who aims to be the Strongest Swordsman in the world, Roronoa Zoro (One Piece) was a outstanding student of Kendo as he trained relentlessly to become a supreme master of Kendo through sheer effort, determination, and a ridiculous amount of training.

With tremendous creativity and innovation, Ikki Kurogane (Chivalry of a Failed Knight) self taught himself numerous styles of Kenjutsu and even invented his own personal style called the Seven Secret Sword.

...quickly becoming a grandmaster by the time he was a adult as he could easily annihilated entire armies of shinobi with nothing but sheer might and skill...

...and channels his skills through his Susanoo's chakra blades. 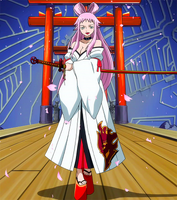 Houki Shinonono (Infinite Strats) is highly skilled in Kendo, which allows her to quickly master the twin Katana of her personal IS Akatsubaki.
Add a photo to this gallery 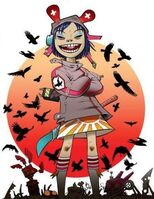 While already an impressive martial artist, Noodle (Gorillaz) became a prodigy in Kendo after regaining her lost memories.

With ferocity and skill that were almost unmatched, Inazuma's (Usagi Yojimbo) ability with a sword was almost all natural talent, as opposed to years of training.
Add a photo to this gallery 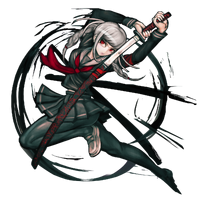 Peko Pekoyama (Danganronpa) is called the Ultimate Swordswoman due to her talent in Kendo.

Sephiroth VS Vergil (Final Fantasy VS Devil May Cry) DEATH BATTLE!
Add a photo to this gallery
Retrieved from "https://powerlisting.fandom.com/wiki/Kendo_Intuition?oldid=1700924"
Community content is available under CC-BY-SA unless otherwise noted.