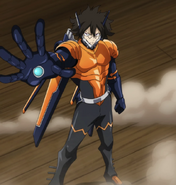 While usually a chill and goofy man, Gintoki Sakata (Gintama) can exude an intense amount of killing intent towards his opponents whenever he gets serious or is enraged like during his fight with Jirocho...

Hisoka Marrow (Hunter x Hunter) has an insatiable love for spilling the blood of powerful fighters in combat and his enjoyment of extreme pain while doing so fuels his seemingly sadomasochistic desires.

While in his full demon persona, InuYasha (InuYasha) is so full of killing intent that the mind-reading Goshinki could not follow.

By simply aiming his blowgun, Muta (Kingdom) exudes his killing intent towards Ri Shin as he breaks out in a cold sweat.

Due to their camaraderie, Kyou Kai (Kingdom) exuded no killing intent towards Ri Shin during their bloody duel...

...but later give off an intense amount after he continually taunted her while he senses the maddening intent of the Shukyou assassins.

While a calm strategist with an unreadable poker face, Kei Sha the Silent Hunter’s (Kingdom) killing intent was so intense that it manifested in the form of a Spider.

Orochimaru (Naruto) exuding his killing intent to shock Sasuke and Sakura with visions of their horrifying deaths.

When Arlong (One Piece) is angry, his eyes are a reflection of his killing intent.

With a smile, Mikoshiba Ryouma (Record of Wortenia War) gives off an intense amount of killing intent to frighten even a high mage like Gaietsu. 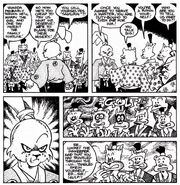 Miyamoto Usagi (Usagi Yojimbo)
Add a photo to this gallery

Nagisa Shiota (Assassination Classroom) possesses incredibly potent natural instincts for assassination that allow him to completely suppress his killing intent to the point that not even highly trained assassins or veteran soldiers can detect it. 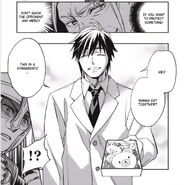 With impressive skill, Mikoshiba Ryouma (Record of Wortenia War) can suppress and hide his killing intent behind a smile.

Years of living with his deranged mother and having to endure her mental abuse and anticipate when her psychotic outbursts would occur has made him highly perceptive to the inner thoughts and emotions of others, enabling Nagisa Shiota (Assassination Classroom) to read and gauge their state of mind just by looking at them to determine when or how they are most vulnerable.

As a God of Destruction, Beerus (Dragon Ball Super) can sense the killing intent of others, allowing him to deduce that Zamasu was planning to kill Gowasu when no one else could.

With his mastery over Kenbunshoku/Observation Haki, Monkey D. Luffy (One Piece) can sense killing intent.

After his Double Awakening, Sung Jin-Woo's (Solo Leveling) perception grow to the point he can sense the malicious intent of vicious Hunters known as lizards... 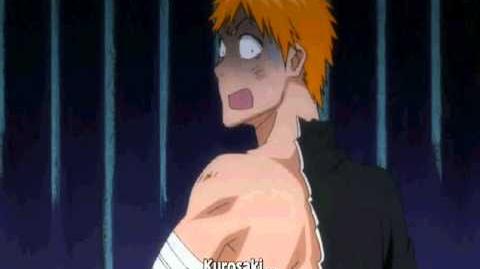 Ichigo and Uhohana
Even while smiling serenely, Retsu Unohana, being the first Kenpachi and the most diabolical criminal to have existed within Soul Society, can get people to do what she 'requests' by projecting Killing Intent.
Add a photo to this gallery
Retrieved from "https://powerlisting.fandom.com/wiki/Killing_Intent?oldid=1521527"
Community content is available under CC-BY-SA unless otherwise noted.