The ability to adapt to dry land environments. Variation of Environmental Adaptation.

User who is normally aquatic is able to survive and adapt to dry land environments, being able to breathe air in lieu of, or along with, water, and move well. They are able to use their senses to perceive normally regardless of the difference between how water and air affect senses. 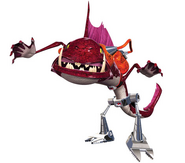 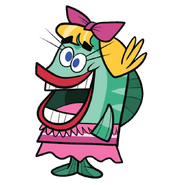 Sally Fishlips (Scaredy Squirrel)
Add a photo to this gallery
Retrieved from "https://powerlisting.fandom.com/wiki/Land_Adaptation?oldid=1480544"
Community content is available under CC-BY-SA unless otherwise noted.