The power to generate lasers. Sub-power of Laser Manipulation. Variation of Light Generation.

The user can generate lasers of any color, size, and intensity. 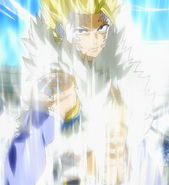 As a Pacifista, Bartholomew Kuma (One Piece) can fire laser beams from his mouth...

...which are based on Admiral Kizaru's light-based Devil Fruit powers. 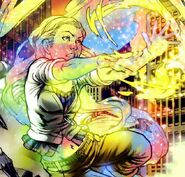 Michael (Heroes) generating a laser to kill a cockroach.
Add a photo to this gallery
Retrieved from "https://powerlisting.fandom.com/wiki/Laser_Generation?oldid=1529270"
Community content is available under CC-BY-SA unless otherwise noted.