Jacob (Lost) made several rules, including rules that prevented his brother from killing the canditates 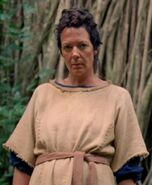 Mother (Lost) made it a rule that Jacob and The Man in Black could not kill each other
Add a photo to this gallery
Retrieved from "https://powerlisting.fandom.com/wiki/Law_Creation?oldid=1425867"
Community content is available under CC-BY-SA unless otherwise noted.