"Before the Ou Ki Army feared throughout the Six States, he lead us without faltering, even though, he was just a slave child, that moment he had the bearings of a King!!"
― Heki on Ri Hyou to Ri Shin (Kingdom)

"This young man, Shin of the Hi Shin Unit, is the reason for the high morale of all the Qin Soldier's in this region. In reality, he is fulfilling the role of a commander for this whole area."
― Rin Ko on Ri Shin (Kingdom)

The power to know how to be a leader. Sub-power of Leadership Manipulation. Variation of Intuitive Aptitude.

The user possesses innate understanding of how to be a great leader allowing them to effectively keep order and morale. Users have an intuitive mastery of the associated leadership skills, speech and body language, expertly sending all the right signals, granting them major leverage in any social situation and allowing to easily forge a fanatical level of trust and devotion in whoever they exert these talents on.

Using this ability, the user can develop an incredibly charismatic personality, and is capable of inspiring and swaying others into the users influences. With enough time the user could win the loyalty and devotion of anyone, change anyone's views on anything, bring them to serve and follow the user. The user can easily develop a strong cult of personality around themselves.

Using this ability, the user can obtain authority, raise to the top of any social hierarchy and take leadership positions very quickly and easily, and perform feats such as always making the right choice when it comes to administering, commanding, governing, and leading.

Ichigo (Darling in the Franxx), leader of Squad 13.

Fuhrer King Bradley (Fullmetal Alchemist) is the leader of Amestris.

While never wanting to be, Kazuya Souma (How a Realist Hero Rebuilt the Kingdom) proved to have all the qualities of a great king.

Like his best friend Shin, Ri Hyou (Kingdom) was a natural-born leader as he demonstrated his ability by rallying Shou Bun Kun's escort soldiers while leading them against General Ou Ki's elite soldiers.

A natural-born leader, Ri Shin (Kingdom) unconsciously fulfilled the role of a commander during the Sanyou Campaign.

Ben Tennyson (Ben 10 series) leads his own team to protect the world.

Clark Kent/Kal-El/Superman (DC Comics) has proven many times over his ability to command respect and inspire others with his charisma, ardor, and idealism, and often serves as the primus inter pares of the Justice League.

Cobra Commander (G.I. Joe) is a highly skilled and experienced leader capable of making swift yet efficient decisions that allow him to run his COBRA organization. 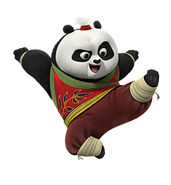 Shining Armor (My Little Pony: Friendship is Magic), the captain of the royal guards. 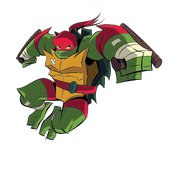 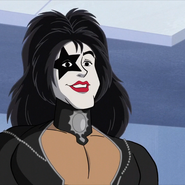 Littlefoot (The Land Before Time) 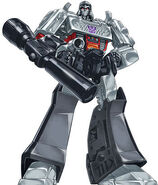 ...though Willow Rosenberg has done the same when she's unavailable.

Caesar (Planet of the Apes), the leader of the Ape Army, the king of the Ape Colony, and the patriarch of the Royal Ape Family.