The user is able to project words, letters (from any alphabet system) or numbers and shoot them towards other things. For the most part to cause damage, though it can have other effects. For example, in the case of numbers, multiply the effect of a power used in conjunction to this power (like using Time Manipulation and Healing, for example) for greater effect or damage. For words, the user could hit opponents with words, giving an effect or damage that has a great or low magnitude, depending on the given situation. For letters, the user can shoot out letters one at a time, and if each letter consecutively hits the target and spells out a word, the effect or damage could be great. 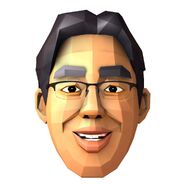 Dr. Kawashima (Super Smash Bros. 4) can fire numbers that can harm opponents.
Add a photo to this gallery
Retrieved from "https://powerlisting.fandom.com/wiki/Letter/Number/Word_Projection?oldid=1504460"
Community content is available under CC-BY-SA unless otherwise noted.