Phoenix Force (Marvel Comics) embodies life and is empowered by the amount of life in the universe.

Be empowered by life-force.

The power to be empowered by life-force. Sub-power of Life-Force Manipulation. Variation of Affinity, Aether Empowerment and Life-Force Power Link. Opposite to Death-Force Empowerment.

Users become stronger, faster, more durable, etc. when they come in contact with life-force, possibly unlocking abilities related to the affinity and enhancing the existing powers. Some users may be able draw sustenance from the life-force or even slow or stop aging. 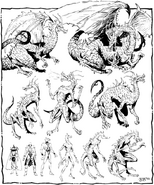 To become a dragon (Dark Sun), one must absorb into himself the life energy of thousands of victims.

Nibenay (Dark Sun) is a former champion of Rajaat who aspires to become a dragon.

Borys of Ebe (Dark Sun), as a dragon and former champion of Rajaat, can drain life energy through obsidian orbs to fuel his magic.

When she was possessed, Emma Frost (Marvel Comics) was empowered by the Phoenix Force.

When she was possessed, Ororo Munroe/Storm (Marvel Comics) was empowered by the Phoenix Force. 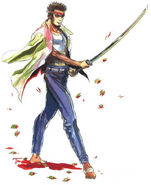 Nerissa ( W.I.T.C.H.) drains her Knights of Destruction of their powers and uses it to re-energize her Guardian mind slaves, restoring their youth and power.
Community content is available under CC-BY-SA unless otherwise noted.
Advertisement