The Angelus (Top Cow) is the living female embodiment of the primal light, and eternal foe of The Darkness.

Become the physical representation of light.

The ability to become the embodiment of light. Variation of Light Manipulation and Elemental Embodiment. Opposite to Darkness Embodiment.

Users become the living representation or personification of light along with its concepts of purity and immaculate nature. The users are able to use all of the light's powers whether holy, divine or supernatural in a different level. Users can convert this light power into an energy and use it as a full source to extend their powers or create something that becomes a weapon. As long as there is light, the user of this power will become more powerful progressively.

In order to interact with reality, C'iel (Anima: Beyond Fantasy) fused his essence with light and all the ideas and principles than that imply.

Raava (Avatar: The Legend of Korra)

Kari Kamiya/Hikari Yagami held by Angewomon (Digimon 02) and are both the representations of the powers of light.

Rose Lalonde (Homestuck), as a fully realised Seer of Light.

As the opposite of Amara, the Darkness, God (Supernatural) is the Light. 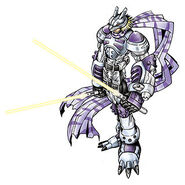 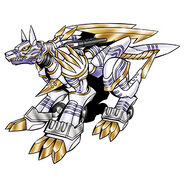 Rulers (Solo Leveling) are eight powerful angelic beings born from Light itself for the sole purpose of protecting the universe and perserving life.

Admiral Kizaru/Borsalino (One Piece) ate the Pika Pika no Mi which makes him a Light Human
Community content is available under CC-BY-SA unless otherwise noted.
Advertisement