View source
watch 01:54
The 5 Coolest Superpowers in Pop Culture
Do you like this video?
Play Sound 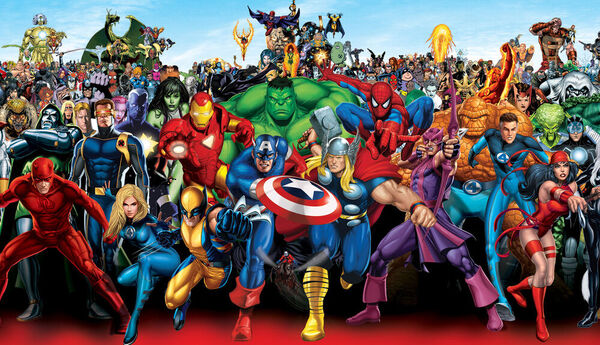 Superpowers are superhuman and supernatural abilities, characteristics, and/or attributes employed and explored in many works of fiction and has become a common trope used in storytelling and for a wide range of other purposes.

Interestingly, they are present in many other settings and media unrelated to storytelling, such as almighty and divine powers in religions and mythologies, as well as folklore or fictional works on the Internet displaying entities with paranormal abilities or objects with supernatural properties.

They might even be present in real life in the form of extraordinary and exceptional talents possessed by people that border on the supernatural or machines and animals capable of performing feats far beyond that of any human.

All in all, the concept of superpowers is very widespread in our world today, having influenced thousands of people and will be continuing to do so for years to come. Whether it'd be to get more "wow"s in an intense fight scene, creating your own supernatural entity, writing the latest sci-fi, or even to craft a society of superheroes, superpowers will never be far behind.

In essence, superpowers are defined as abilities, characteristics, and/or attributes that are supernatural and superhuman in nature. Fundamentally, they allow one to do things that normal humans, like fly without any equipment, lift buses with your bare hands, read minds, or being invulnerable to damage. Superpowers range from improving oneself way past peak human potential, to influencing and manipulating concepts on a universal scale. They cover pretty much everything under the sun, from human qualities, to how the world works, to faiths, to inventions, to animals, and to everything else and beyond. In the world of fiction, superpowers have a nearly inexhaustible number of uses, whether it be to fight other rogue superhumans, or to transcend the limits of their own body and world to ascend to a higher plane of existence.

Superpowers are most commonly possessed by superheroes and supervillains, but also can be present in divine or demonic entities in religions and mythologies, paranormal creatures in folklore or Internet creepypastas, extraterrestrial and bionic beings in sci-fi, or monsters and guardians in works of fantasy etc. Superpowers can also come from dozens of sources, whether it'd be a science experiment gone wrong, a genetic mutation, advanced physics-defying technology, being possessed by an entity that grants superhuman abilities, a gift from God, special training, mystical spells or enchantments, or an underlying concept that allows for supernatural abilities to be possessed by humans.

Superpowers are not strictly limited to fiction, as machines, animals or even other humans are capable of performing feats that ordinary humans would never hope to replicate. In fictional works, they are usually used to build the plot or enhance a character by giving them extraordinary abilities and traits. Some works have their world build around a central power system or around a race of superhuman entities. Naturally, they come with their tropes, some easier to spot than others, like superpowers manifesting around puberty or during an event that caused great trauma, superpowers growing stronger or being easier to control through training, superpowers reflecting the physical characteristics or personality of a character etc.

Note: This list doesn't include every power/ability that exists or is archived on this wiki. For browsing all powers/abilities that have been archived, click here.

Despite their vast diversity, most powers fall into a handful of categories defining their core identity:

This section refers to the ability to manipulate or otherwise interact with superpowers themselves, not "power" such as electrical power or gravitational power.

Powers which affect an individual's body.

Powers which affect an individual's mind.

The abilities of extra-sensory perception (ESP) and communication.

Powers that can control the will of others.

These powers may be manifested by various methods, including: With some method of molecular control; By access to, or partially or fully shifting to another dimension; manipulating the geometric dimensions of time or space; or using some other unnamed method.

Ability to control or manipulate the elements.

These powers deal with energy generation, conversion and manipulation. In addition to generic energy, versions of these powers exist that deal with such things as light, sound, electricity, nuclear energy, and the Darkforce dimension.

Powers that involve changing location of oneself or others.

Ability to lift off the ground, to ride air currents or to fly self-propelled through the air.

Ability to use powers that will only affect the user.

Ability to alter or deceive the perceptions of another. Can be sensory, a light or sound-based effect, or an alteration of mental perceptions.

Powers that are deemed extremely all-powerful.