Escape the rules of reality.

"Your life is the sum of a remainder of an unbalanced equation inherent to the programming of the matrix. You are the eventuality of an anomaly, which despite my sincerest efforts I have been unable to eliminate from what is otherwise a harmony of mathematical precision."
― The Architect to Neo (Matrix Reloaded)

The power to escape the rules of reality. Sub-power of Freedom. Advanced version of Rule Bending. Variation of Reality Warping and Bio-Reality Manipulation.

The user is a living anomaly, an enigmatic being that exists within a system while escaping its rules. The origin, nature and range of their abilities vary greatly between users, but all demonstrate the same uncanny ability to casually shrug off and even break such rules, from the laws of physics to causality, allowing them to become free from the bonds of fate, and are unbounded to all alterations and restrictions, etc., being capable of imposing their actions upon reality.

As The One, Neo (Matrix) can break the rules of the Matrix when even Upgraded Agents can only marginally bend them.

Despite his lack of supernatural abilities and actual weapons, Nemesis (Anima: Beyond Fantasy) obliterated every enemy that ever appeared before him, mortals and gods alike, without ever taking the slightest damage. 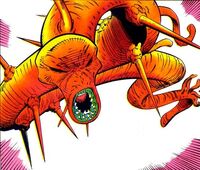 Anomaly (Marvel Comics) is the living embodiment of this concept, and can invoke its attributes at will.

After his one-of-a-kind resurrection, the Fateless One (Kingdom of Amalur: Reckoning) can shrug off destiny and literally bend fate to multiply his battle prowess. 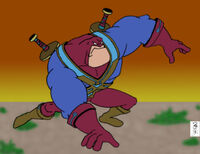 Due to his mysterious past and him being from "Somewhere else", Quest (World of Quest) is outside the rules of the world of Odyssia and as such is only one who can successfully recover the shattersoul sword and prevent the resurrection of Shadow Seed.

Unlike the Maou's fairy form, True Fairies (Sekai Maou) are considered neither human, demon, nor monster. They seem to occupy a unique place in creation that allows them to exist without the need of magical power which sustains all other living things. 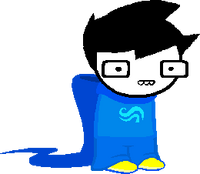 After touching The Treasure, John Egbert (Homestuck) became unstuck from existence, not being fully part of reality or bound by the rules that govern it.

The Seven Houses of the Dwarves - Tolkien Explained-2
Português do Brasil
Community content is available under CC-BY-SA unless otherwise noted.
Advertisement