Sinbad (Magi) can utilize a technique called Djinn Equip to apply the appearance and abilities of his Djinn onto himself by channeling its Magoi.

Be a living host/vessel/conduit of an energy/power/entity within one's body.

The power to be a living host/vessel/conduit of an energy/power/entity within one's body.

User gains power by channeling the power source through their body gaining access to a living/special kind of energy/power/entity/force within one's body and access to such abilities, knowledge and individual traits.

They are essentially a living host/vessel/conduit to an energy/power/entity/force that they can channel through their bodies, users don't always need to wield the power source within themselves, some can access it even outside of their bodies and contain it to channel the force of power.

The Avatar (Avatar: The Last Airbender/The Legend of Korra)

Unalaq (Avatar: The Legend of Korra) channels Vaatu as the Dark Avatar. 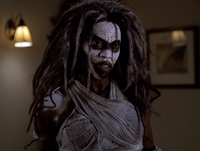 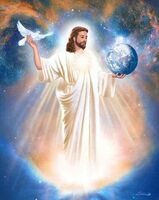 Jesus Christ (Christianity) is a living host to the power and spirit of God his father, making him a very powerful if not the most powerful being in existence.

Jinchuuriki (Naruto) are the living host for the tailed beast. 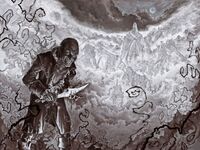 The man once known as Padan Fain (The Wheel of Time) transformed over the course of his corruption from a Darkfriend to the host of the malevolent, soul-consuming power of the eldritch mists of Mashadar.

Force users like Yoda (Star Wars) can channel a metaphysical energy known as "The Force" through there bodies to access it's powers. 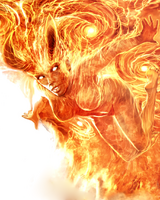 The Angelus (Top Cow) inhabits a female host who can, with its influence, control holy fire and light to very high degrees.

Jackie Estacado (Top Cow) is the respective and living host for the Darkness. 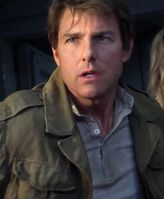 Nick Morton (The Mummy 2017) became a living vessel for the soul of Set the Egyptian God of Death.
Add a photo to this gallery
Retrieved from "https://powerlisting.fandom.com/wiki/Living_Conduit?oldid=1653719"
Community content is available under CC-BY-SA unless otherwise noted.