Diana (League of Legends), avatar of the vengeful moon.

The power to gain strength from moon. Variation of Affinity. Opposite to Solar Empowerment. Not to be confused with Night Empowerment.

User becomes stronger, faster, more durable, etc. when they come into contact with moon, moonlight, or lunar energy/substance, possibly unlocking abilities related to the affinity and enhancing their existing powers. Some users may be able to draw sustenance from the moon or even slow or stop aging.

Katara.png
Waterbenders (Avatar: The Last Airbender) are at their peak during a full moon.

Moon Knight (Marvel Comics) super-strength varies depending on the phases of the moon. 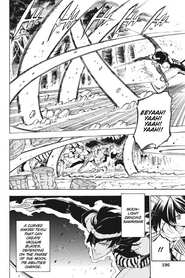 Naruto (Naruto) can infused his Rasengan with moonlight to create the more powerful Crescent Moon Rasengan.
Community content is available under CC-BY-SA unless otherwise noted.