Each of the Great Old Ones (Soul Eater) represent a different aspect that causes insanity.

Become an aspect of madness.

The power to embody or be empowered by different causes of insanity. Technique of Madness Manipulation. Variation of Madness Embodiment and Aspect Manifestation.

The madness aspects are different views on how people are driven insane. The cause varies from person to person and some may be more heavily affected by one aspect than another.

Luthor Garland (Supernatural) became a buruburu after dying a terrifying death, infecting others with a soul-crushing fear that kills the infected with stress. Should the victim survive long enough, they begin to hallucinate under whatever they fear most.

Being Death's son and heir, Death the Kid (Soul Eater) is also a carrier of the madness of order, and is capable of inducing it on anyone should he ever decide to.

Clowns (Soul Eater) are beings created from condensed pockets of Asura's madness wavelength, acting as pathogens to further spread it. 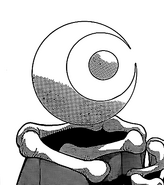 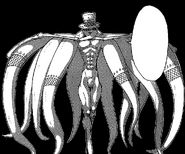 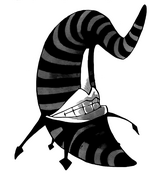 The Icons, better known simply as Noah (Soul Eater) is the physical embodiment of the various sections of the Book of Eibon, acting out the madness of knowledge onto the world. 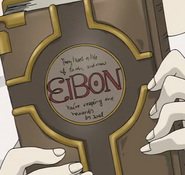 The Book of Eibon (Soul Eater) is a powerful spell book owned by Eibon, and is also an object that emanates the madness of knowledge. 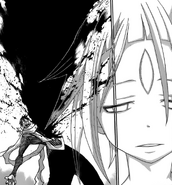 The Sea of Black Tears (Brütal Legend) embues both the power and the soul-crushing grief of the ancient being Aetulia, the despair it brings driving those who drink from it to destroy themselves and everyone around them.
Add a photo to this gallery
Retrieved from "https://powerlisting.fandom.com/wiki/Madness_Aspect_Manifestation?oldid=1650818"
Community content is available under CC-BY-SA unless otherwise noted.