The power to infuse madness into objects (usually a weapon), beings or powers. Sub-power of Madness Manipulation. Variation of Infusion.

The user can infuse objects (usually a weapon), beings or powers with madness, empowering and energizing them and allowing the user to manipulate their qualities and efficiency. 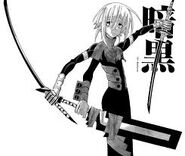 Garrosh (Warcraft) after infused with the powers of the old god's madness.

Edwin Lindsey (Eternal Darkness) enchanting his shotgun with Xel'lotath's insanity laden magic.
Add a photo to this gallery
Retrieved from "https://powerlisting.fandom.com/wiki/Madness_Infusion?oldid=1504771"
Community content is available under CC-BY-SA unless otherwise noted.