Billie Jenkins (Charmed) can augment her magic due her reality warping.

The power to enhance magical powers/abilities. Sub-power of Magical Energy Manipulation. Variation of Augmentation and Power Augmentation. Opposite to Magic Negation.

Created from the harden blood of a high ranked demon, The Orb of Avarice (Solo Leveling) will amplify the magical effects of a user to astonishing levels as it deals double the damage.

The Heart of Etheria (She-Ra and the Princesses of Power) is capable of amplifying elemental princesses' magical powers. 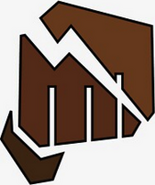 Power Glyphs from the Construction Coven (The Owl House) enhance not only the wearer's physical strength, but also their magical power.
Add a photo to this gallery
Retrieved from "https://powerlisting.fandom.com/wiki/Magic_Augmentation?oldid=1741400"
Community content is available under CC-BY-SA unless otherwise noted.