Link (The Legend of Zelda series) wields the Master Sword, a sacred sword blessed with the Power to Repel Evil, and the indestructible Hylian Shield.

"The weapon is not simply a tool. It is an extension of skill, of body. I can only pray that the great darkness never comes, but if it does you cannot fight it with bits of tin and wood. You need stronger weapons, forged to strike at your enemies both physically and mystically!"
― Juto-Shisho (Teenage Mutant Ninja Turtles 2003 )

The ability to wield or create magic weapons. Variation of Mystic Object and Power Weaponry. Opposite to Scientific Weaponry.

User can create and/or wield various forms of enchanted weaponry that suits their needs in battle whether they be offensive or defensive. The weapons are capable of being powered by or creating a wide variety or magical powers that often yield impressive results. Due to the weapons being powered by magic, they also act as a blank slate for different kinds of supernatural abilities.

When the Old Ones attacked the ancient world, King Poseidon (DCAU) gathered nearly all of the ambient mystical energy on Earth and forged it into the mystic Trident of Poseidon to defeat them.

He-Man (Masters of The Universe) possesses the virtually indestructible Power Sword/Sword of Grayskull, which allows him to channel the mystical powers of Castle Greyskull.

The Mystic Weapons (Rise of the Teenage Mutant Ninja Turtles) are weapons of unknown origin with each possessing a different power...

...such as Leonardo's mystic ōdachi which can open portals from one locations to another...

...Michelangelo's mystic kusari-fundo which can transform into a fire spirit...

...and Raphael's mystic tonfa which can create a red energy armor around himself to increase his strength.

Lion-O (ThunderCats) wields the Sword of Omens, legendary weapons and cultural treasure of the Thundercats, with the Eye of Thundera granting the sword limitless magical power, and granting Lion-O the ability of Sight-Beyond-Sight.

Jack (Samurai Jack) wields a magical katana forged by the gods Odin, Ra, and Vishnu from the qi within his father,...

...and is the only weapon in existence that can truly destroy the demon dark lord, Aku.

Ebony Blade (Marvel Comics) is a magic sword which the Wizard Merlin fashioned out of a meteorite, thus it is indestructible and can cut through anything, even deflect most magical attacks.
Add a photo to this gallery

The Dragon Slayer (Berserk) is a massive slabsword that's been soaked in the blood of countless Apostles, their pseudo-apostles, and even a member of the God Hand. It eventually became a cursed weapon able to harm astral beings, and possibly kill members of the God Hand.

Kyōka Suigetsu (Bleach) is one of the most powerful Kidō-Type Zanpakutō, being able to trap targets into unbreakable illusions that not even Yhwach's Almighty can see through.

Ruri'iro Kujaku (Bleach) is a Kidō-Type Zanpakutō that creates powerful energy vines that drains the life of enemies. 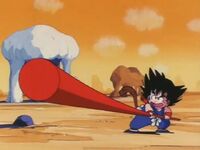 The Konatsian Wizard (Dragon Ball Z: Wrath of the Dragon) wielded the enchanted Brave Sword and used it to slice the Phantom Majin Hirudegarn in half.

The Metal Vessels (Magi the Labyrinth of Magic) are 72 magical treasures of immense power empowered by Solomon's Djinns, each of them have enough power to destroy the world…

…including Sinbad's Metal Vessel empowered by the Lightning Djinn Baal… 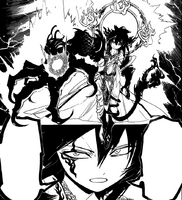 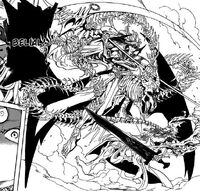 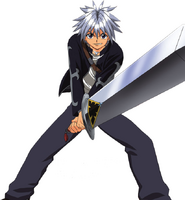 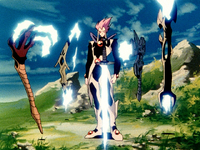 As a powerful Umbran Witch Bayonetta (Bayonetta) can access Rodin's colorful gallery of hellish super weapons created from the Angelic Hymns Golden LP's to aid herself in the survival battles against the relentless onslaught of heavens legions, tools with which she can harmonize her wicked weaves and demonic summons in unison for the slaughter of said assailants in impeccable style.

Kratos (God of War series) is highly proficient in multiple forms of weaponry. He has either acquired or stolen various weapons from gods and powerful beings which are capable of manipulating the forces of nature and magic. 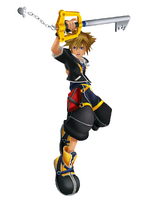 Sora (Kingdom Hearts) is one of many who are chosen to wield the sacred Keyblade in the battle of darkness and light.

The Trap Team (Skylanders) wield powerful weapons made out of magical Traptanium crystals that can help them defeat and secure villains and also harness elemental power. 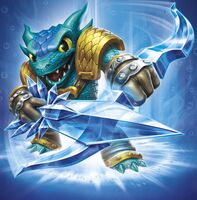 Snap Shot (Skylanders) is the leader of the Trap Team that uses his Traptanium Bow and Arrows to shoot enemies and trap them. He can also infuse them with Water to summon whirlpools. 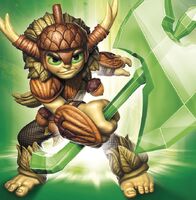 Bushwack (Skylanders) can use his Traptanium Axe to trap enemies and infuse it with Life in order to advance plant life and protect and heal himself. 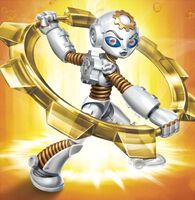 Gearshift (Skylanders) can user her Traptanium Gear to trap enemies and infuse it with Tech in order to switch it into different modes and create miniature gears to aid her attacks. 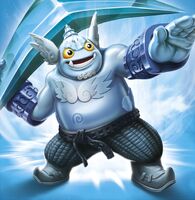 Gusto (Skylanders) can use his Traptanium Boomerang to trap enemies and infuse it with Air to create powerful tornadoes, and charge it with electricity for more impact. 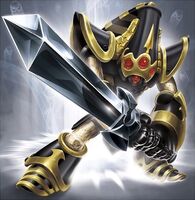 Krpt King (Skylanders) can use his Traptanium Broadsword to trap enemies and infuse it with Undead to control his sword remotely and strike enemies from a distance. 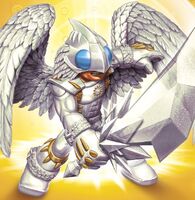 Knight Light (Skylanders) can use his Traptanium Scimitar to trap enemies and infuse it with Light to increase its damage output. 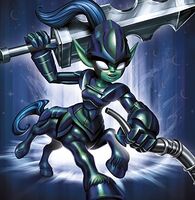 Knight Mare (Skylanders) can use her Traptanium Flamberge to trap enemies and infuse it with dark in order to increase its damage output. 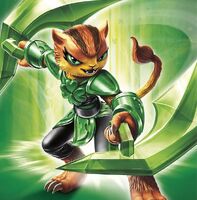 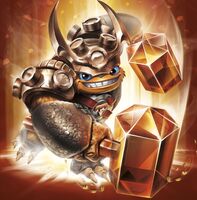 Wallop (Skylanders) can use his Traptanium Hammers to trap enemies and infuse it with Earth to send a tremor through the ground and release waves of Earth energy.

During his adventures in the time of King Arthur, Sonic (Sonic The Hedgehog series) wielded the talking sword, Caliburn, which is actually the greatest of the Sacred Swords, Excalibur.

The Monado (Xenoblade Chronicles) is a powerful mystical weapon that can manipulate the ether around it and grant the wielder access to special "Arts."
Add a photo to this gallery 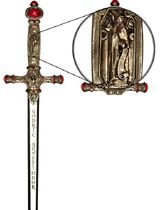 The Colt (Supernatural) is a supernatural revolver that can kill all monsters but five supernatural creatures with a single bullet.

The Demon-Killing Knife (Supernatural), is a mystical weapon forged by the Kurdish people, able to kill most demons and hellhounds with a single stab to a vital area.
Add a photo to this gallery 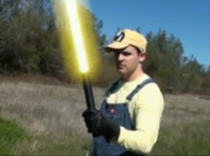 Wario (Stupid Mario Brothers) wielding the Nether Saber, an ancient Beam Sword created by Merlin. The Nether Saber is so powerful that its wielder is guaranteed to win every battle.

The Darkness (Stupid Mario Brothers) wielding the Black Widow Blade, a Beam Sword of pure evil created by Nox Decious.
Add a photo to this gallery

Sephiroth VS Vergil (Final Fantasy VS Devil May Cry) DEATH BATTLE!
Add a photo to this gallery
Retrieved from "https://powerlisting.fandom.com/wiki/Magic_Weaponry?oldid=1675036"
Community content is available under CC-BY-SA unless otherwise noted.