User with this ability either is or can transform into a magical entity or an entity of pure magic with ability to manipulate all forms of magical energy.

Unlike Magical Energy Physiology who made by magic, user is a being just made of pure magic making them a powerful user.

Dawn Summers (Buffy the Vampire Slayer) is the human form of the Key, a mystical energy source. 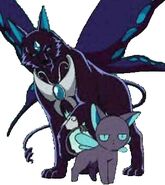 Spinel Sun (Cardcaptor Sakura) is a magical entity created by Eriol Hiiragizawa to serve as a counterpart to Cerberus...

...while Ruby Moon was created to serve as a counterpart to Yue. 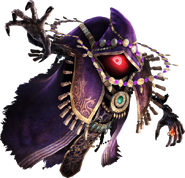 Scathach (Valkyrie Crusade) the goddess of magic and melee.
Add a photo to this gallery
Retrieved from "https://powerlisting.fandom.com/wiki/Magical_Entity_Physiology?oldid=1541798"
Community content is available under CC-BY-SA unless otherwise noted.