The ability to manipulate magnetic fields. Sub-power of Electromagnetism Manipulation.

Users can generate, control and manipulate magnetism in all its forms, both natural (planetary, solar, lunar, stellar, magnetosphere, magnetic materials/ferromagnetism, etc.), organic (generated by the electric currents of living beings) or artificial (everything creating/using electricity). User can affect any matter that is magnetic (iron, nickel, cobalt and their alloys, some rare earth metals, naturally-occurring minerals such as lodestone) manipulating and controlling them as they will and indirectly use them to manipulate other things.

Max Eisenhardt/Magneto (Marvel Comics) is an extremely powerful mutant who possesses manipulation over magnetism and ferrous and nonferrous metals.

Magneto (X Men) uses magnetism to lift a submarine from the ocean.

The Third Kazekage (Naruto) can manipulate magnetism, and the one controlling his puppet form, Sasori, can do the same. 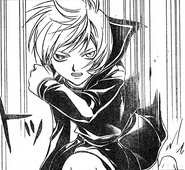 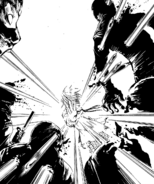 Eustass Kid (One Piece) using his magnetism to make a claw from scrap metal.

The Deadly Six (Sonic Lost World) a group of Zeti who can manipulate Eggman's robots.

The Flash (DC Comics) uses the lightning he generates to magnetize the pieces of his suit to his body.
Add a photo to this gallery
Retrieved from "https://powerlisting.fandom.com/wiki/Magnetism_Manipulation?oldid=965590"
Community content is available under CC-BY-SA unless otherwise noted.