Vanitas (Kingdom Hearts) is the embodiment of the extracted darkness from Ventus's heart and the progenitor of the Unversed.

The user can manipulate the force of evil energy and use it to fulfill their desires, whether it be from a dimension, object, or another being.

Akuma (Street Fighter) is a master at manipulating the Satsui no Hado, a dark Ki rooted in the evil sides of human nature.

M. Bison (Street Fighter) wields Psycho Power, an evil energy that draws from his own soul.

Black Lily's (Valkyrie Crusade) power is her own dark malice, which can stain everything black, either literally or metaphorically, such as stain someone's heart black. 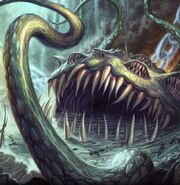 Yogg-Saron of the Malefic Old Gods (World of Warcraft) 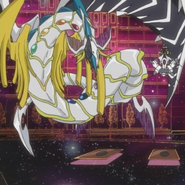 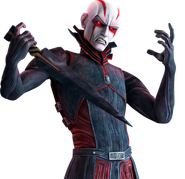 The Son (Star Wars: The Clone Wars) embodies and controls the dark side of the Force.

Orb (Marchen Awakens Romance) is creature born from the concentration of evil influence. He can control negative emotions as well as use it to corrupt the minds of others.

As an Evil Saiyan, Cumber (Super Dragon Ball Heroes) wields an Evil Aura that he can manipulate to form energy constructs and corrupt others.
Community content is available under CC-BY-SA unless otherwise noted.
Advertisement