Nekomaru Nidai (Danganronpa 2) is known as the ultimate team manager.

Have innate knowledge over managing

The ability to have innate knowledge over managing.  Variation of Intuitive Aptitude.

The user has knowledge over managing. They can manage all sorts of team, businesses, or the schedules of certain individuals. They plan things out and look for the optimal route. They might coach or discuss plans with their client. Using this ability, the user can improve the productivity, efficiency and stability of anything they are managing very quickly and easily, and perform feats such as always making the right choice when it comes to management and logistics. 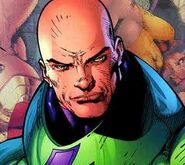 After becoming the strategist for the Hi Shin Unit, Ka Ryo Ten (Kingdom) manages all the logistics, resupplying, distribution of rations, and cooking.