Use the traits of a maneki-neko.

The power to use the abilities of a maneki-neko. Variation of Feline Physiology and Yokai Physiology.

The user either is or can transform into a Maneki Neko (literally "beckoning cat"), a common Japanese figurine/lucky charm/talisman which brings good luck to the owner.

While most maneki-neko are simply inanimate objects, several are able to animate, while others are living creatures.

Madara (Natsume's Book of Friends) in his "Lucky Cat" form. 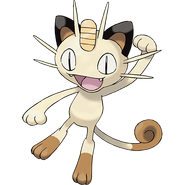 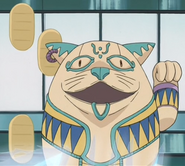 Neko Mane King (Yu-Gi-Oh!) has the ability to forcibly end the opponent's turn when it's destroyed outside of battle.
Add a photo to this gallery
Retrieved from "https://powerlisting.fandom.com/wiki/Maneki-Neko_Physiology?oldid=1250656"
Community content is available under CC-BY-SA unless otherwise noted.