"Everything that surrounds you will turn into strings!!!"
― Donquixote Doflamingo to Monkey D. Luffy (One Piece)

The power to transmute matter to varying degrees. Sub-power of Matter Manipulation and Transmutation.

User can transmute matter into different forms. They are able to create and absorb matter and energy, shape, and rebuild it into anything of their choosing.

Donquixote Doflamingo (One Piece) transmuting the surrounding environment into threads.

Charlotte Katakuri (One Piece) transmuting the surrounding environment into mochi.

Captain Atom (DC Comics) can transmute the shape of matter. 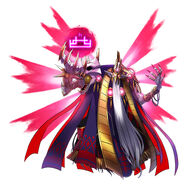 Barbamon X (Digimon) can use its Seventh Jewelrize to transform its victims into previous jewels. The stronger the opponent is, the more valuable the jewel will be.

Kazuma (S-cry-ed), like all alter users, has the ability to create and arranging matter and energy, restructure it and build its own special form through mental focus. 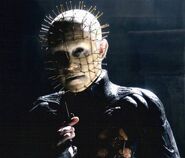 Atom Eve (Image Comics)
Add a photo to this gallery
Retrieved from "https://powerlisting.fandom.com/wiki/Matter_Transmutation?oldid=1671207"
Community content is available under CC-BY-SA unless otherwise noted.