Have the physique of a Magacephaloid.

The ability to have the body of megacephaloid, a being whose brain is greater than some or all of its body parts.

User has an over-sized encephalitic mass that is disproportional to its body mass, and aside from having the disadvantages of such a condition, they may possess most if not all mind-based superpowers: 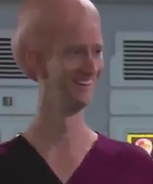 Philip (Mighty Med) and his species on Baaaaaaaah have a huge head which allows them to crush anything. 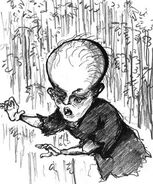 Melon Heads (North American Folklore) are a variation of this, having both abnormally huge brains and bizarre psychic powers, depending on the myth.
Add a photo to this gallery
Retrieved from "https://powerlisting.fandom.com/wiki/Megacephaloid_Physiology?oldid=1581068"
Community content is available under CC-BY-SA unless otherwise noted.