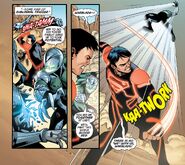 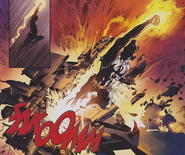 The Young Man (Blood Rush)
Add a photo to this gallery

Goku (Dragon Ball series) can charge his ki into his fist to unleash his Super God Fist to punch his opponent clear across their face. 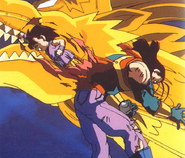 Shin (Kingdom) sends Raido, a man half his size flying with one punch.

Whitebeard (One Piece) using Kabutowari to enhance his punch with vibrations. 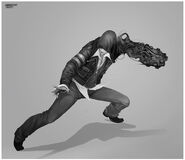 Lie Ren (RWBY) uses his Aura to enhance a punch with enough force to destroy a King Taijitu's head.
Add a photo to this gallery
Retrieved from "https://powerlisting.fandom.com/wiki/Megaton_Punch?oldid=1142216"
Community content is available under CC-BY-SA unless otherwise noted.