The user can release/use memories of self and/or others to various shapes and/or intensities, either projected, used as a part of melee attacks, etc. 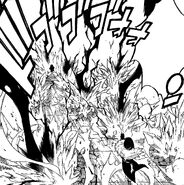 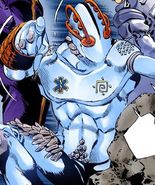 Donatello Versus' stand, Under World (Jojo's Bizarre Adventure Part VI: Stone Ocean) can create attacks by unearthing memories under the idea that the grounds remembers everything that happens on it, such as recreating a plane or car crash that has occurred.
Add a photo to this gallery
Retrieved from "https://powerlisting.fandom.com/wiki/Memory_Attacks?oldid=1325452"
Community content is available under CC-BY-SA unless otherwise noted.