Like all witches and wizards Hermione Granger (Harry Potter) can use magic to erase or create false memories.

Use memory magic.
The power to use magic that involves memories. Form of Magic. Variation of Memory Manipulation.

The user can utilize a form of magic that involves memories allowing them to modify, fabricate, suppress, influence, repair, restore, erase, detect, and view them. They can change memories to confuse, wipe away certain memories to cause amnesia, discern and provoke nostalgia.

Lord Voldemort (Harry Potter) was known to use such magic to make other forget or alter their memories for his own benefit.

Mest Gryder (Fairy Tail) is an extremely proficient user of "Memory Control" Magic, to the point where he can manipulate even the memory of S-Class Mages and Magic Council Members. 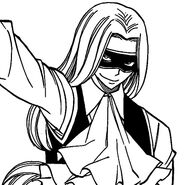 Rufus Lore (Fairy Tail) is a user of "Memory-Make" Magic, which allows him to create anything out of his memory and the magic also gives the user amazing memory capacity, being able to memorize opponent's heart beats, footsteps and Magic.

Memory Stone (My Little Pony Equestria Girls)
Add a photo to this gallery
Retrieved from "https://powerlisting.fandom.com/wiki/Memory_Magic?oldid=1236288"
Community content is available under CC-BY-SA unless otherwise noted.