Charles Xavier/Professor X (Marvel Comics) can suppress others' memories with his telepathy.

Suppress the memories of oneself or others.

The power to suppress memories of others and/or oneself. Sub-power of Memory Manipulation. Not to be confused with Memory Erasure.

The user is able to suppress the memories of oneself or others. For example, if one suffered from a truly traumatic experience, one could suppress it so as not to suffer through the pain and trauma. 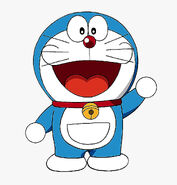 Doraemon (Doraemon) using the Memory Disk to suppress a portion of an extracted memory and then returning it to its owner.

Sasori (Naruto) using the Sand Brainwash Jutsu/Memory-Concealing Manipulative Sand Technique to seal away memories by surgically placing a needle in the target's brain.

Sugar (One Piece) suppress the memory of an individual's existence when she transforms said person into a toy. It becomes cancelled if she is rendered unconscious.

Death (Supernatural), upon restoring Sam Winchester's soul, created a mental wall in Sam's mind to protect him from the memories of torture from Lucifer.
Add a photo to this gallery
Retrieved from "https://powerlisting.fandom.com/wiki/Memory_Suppression?oldid=1572412"
Community content is available under CC-BY-SA unless otherwise noted.