The power to rule over a mental realm. Variation of Personal Domain.

The user has authority and power within a realm within their own mind or within the collective unconscious. The exact physical appearance and properties depends on the user desires or the memories, qualities and mental state of the individual. 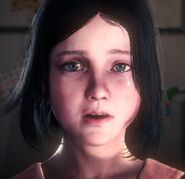 As the core to the STEM program "Union", Lily Castellanos (The Evil Within 2) possesses an unrefined power to control Union. 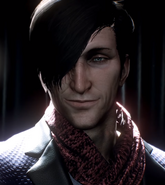 Due to his deranged psyche, Stefano Valentini (The Evil Within 2) possesses a limited control over the nature of the STEM program "Union."

Due to his deranged psyche, Father Theodore Wallace (The Evil Within 2) possesses a limited control over the nature of the STEM program "Union."

Alice Liddell (American McGee's Alice), when in a proper mental-state, has lordship over Wonderland. 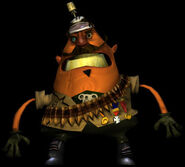 Coach Oleander (Psychonauts) uses his mind as a training ground for young psychics to test their physical prowess.

Sasha Nein (Psychonauts) uses his mind as a shooting range, with complete control of its layout unless his censor-meter is pushed too far.

Milla Vodello (Psychonauts) uses her own mind as a place for young psychics to test their levitation skills.

Bill Cipher (Gravity Falls) is an entity with power over the mental plane.
Add a photo to this gallery
Retrieved from "https://powerlisting.fandom.com/wiki/Mental_Plane_Lordship?oldid=1621047"
Community content is available under CC-BY-SA unless otherwise noted.