Rustyrose (Fairy Tail) is a powerful user of this ability.

The ability to project thoughts, consciousness, and emotions into reality. Variation of Mental Manipulation. Opposite to Mindscape Transportation. Not to be confused with Mentifery.

User can project their thoughts, consciousness, emotions into reality, either as images/illusions or fully materialized creations.

Aureolus Izzard (To Aru Majutsu no Index) utters a command to project his thoughts into reality.

Tildie Soames (Marvel Comics) can manifest her dreams into reality.

Jasdevi (D.Gray-man) can create anything he can think up of in his mind.

Jake's (Adventure Time) imagination spills into the real world, causing everything he imagines to become reality, though only he can see them.

Kevin (Charmed) can project his thoughts into reality. 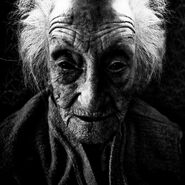 Raven (DC Comics)
Add a photo to this gallery
Retrieved from "https://powerlisting.fandom.com/wiki/Mental_Projection?oldid=1742241"
Community content is available under CC-BY-SA unless otherwise noted.