Use the traits of merfolk.

"I ran into them once when I was a whaler. They may be more beautiful than any woman you have seen, but they are as vicious as a blood-hungry shark! I know. I was the only member of my crew to survive."
― Eight-Fingers Oba, Heroes of Might and Magic IV, "The Strait of the Lost"

User with this ability either is or can transform into a merfolk (male or female), a being with the upper body of a humanoid and the lower body (in taur-style) of a sea animal/creature (mainly either that of a fish or cetacean). Some are able to transform completely into humanoid form to move on land and some can split their tail into legs. Others have to find other ways to move while on land.

Merfolk are sometimes depicted as perilous creatures associated with floods, storms, shipwrecks, and drowning. In other folk traditions (or sometimes within the same tradition), they can be benevolent, bestowing boons, teaching or even falling in love with humans.

See Also: Our Mermaids Are Different.

Sofia (Sofia the First) as a mermaid and other merpeople. 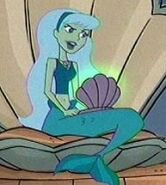 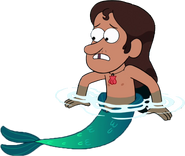 Merna the Merhog (Adventures of Sonic the Hedgehog)

Meeshell Mermaid (Ever After High) 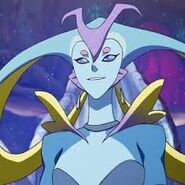 Plaxum (Voltron: Legendary Defender)
Add a photo to this gallery 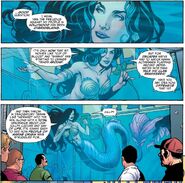 S'ona and Iqula (DC Comics)
Add a photo to this gallery

Aryana Mendez (Aryana) is carried by her friend Paul. 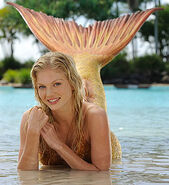 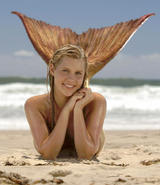 Shim Cheong (The Legend of the Blue Sea)

Mermaids (Pirates of the Caribbean)

Merpeople (Siren 2018)
Add a photo to this gallery 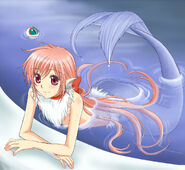 Marina (Adventures of the Little Mermaid)

Sun Seto (My Bride is a Mermaid) in human form... 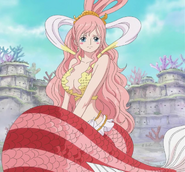 Shirahoshi (One Piece) is the Mermaid Princess who has the unique power to communicate with Sea Kings.

Rivershaper (Legends of Runeterra)
Add a photo to this gallery

Nami the Tidecaller (League of Legends) 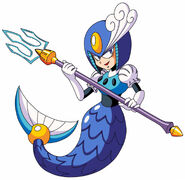 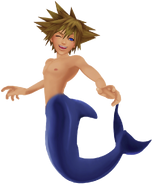 Serilly (Puyo Puyo)
Add a photo to this gallery 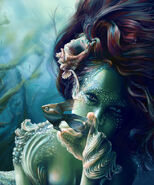 Add a photo to this gallery
Retrieved from "https://powerlisting.fandom.com/wiki/Merfolk_Physiology?oldid=1751836"
Community content is available under CC-BY-SA unless otherwise noted.