Need some help with the pages? I would like to volunteer. Nengyko (talk)

CrystalStorm deleted them all before I could touch them. I can show you how It does if you like. Nengyko (User talk:Nengyko)

Thirdly, some of those powers were too specific to be powers allowed here. Lastly, please don't spam with a large number of pages. CrystalStorm51 (talk) 23:06, April 22, 2020 (UTC)

Also we already have multiple powers that cover your last two ideas.

Your powers are already covered by existing pages.

Look at how the other pages are set up before you make a page.

Don't post a pages that are practically blank (ie no actual content, or just one or two sentences).

I have explained this to multiple users before.

Either fill out the page entirely before you post it, or just don't post it. Its not our job to complete it for you.

The other admin and users explained this same thing to you before, so please keep in mind what they say.

Also pages that are covered by existing powers or are to similar to the original power as to be a carbon copy are deleted.

Your previous pages were covered already by several different powers, so they were removed.

If the staff delete your pages, its because there was either no actual content, or it was already based on an power  currently on the wiki.SageM (talk) 04:11, April 23, 2020 (UTC)SageM

Sorry but thats not how it works.

The wikia rules are pretty clear. Do not create pages that already exist on the wikia.

A page that is a copy of an existing power gets deleted. If I let you do that then I would be breaking the wikia rules.

You basically just posted the page after adding the title, you didn't bother to fill out anything.SageM (talk) 04:25, April 23, 2020 (UTC)SageM

You didn't even bother to fill in anything.

You left the applications, capabilities, and pretty all other sections blank.

The only page you actually bothered to fill out was Temporal Stutter.

Thor doesn't have Formless Scrying. Your making stuff up. 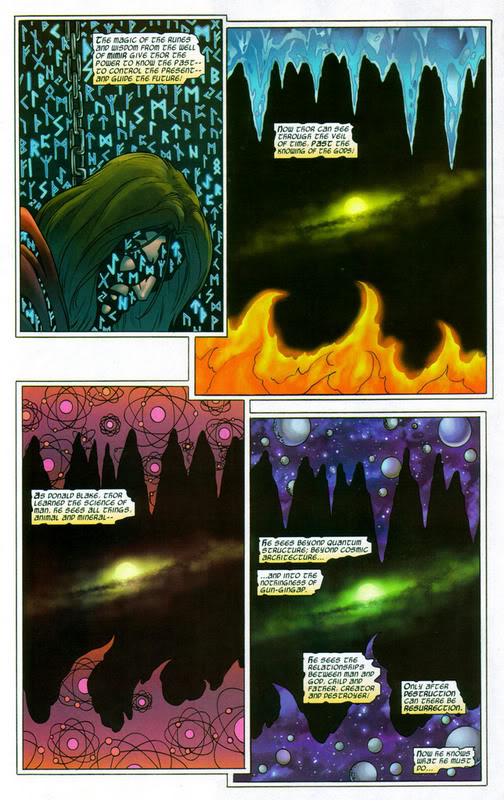 It has nothing to do with Scrying whatsoever. Its literally a sight based power.

Your page is already covered by those powers.

Just because you thought of a new power, doesn't automatically mean there isn't a power that covers your idea already on the wikia.

This wikia has over 13,000 pages. So saying your power doesn't already exist on here isn't very realistic.

I understand your complaints, but please stop spamming my page. I already explained to you that your idea exists on here.

I'm just doing my job as a staff member. Besides one of the other staff members probably would have deleted it even if I did nothing.

Well, the first time around, it was not made properly in some ways as the Page Creation and Details page said it had to be made. That, and there was no infobox. If that was not enough, mental illness practically is a mental disorder. CrystalStorm51 (talk) 22:03, April 28, 2020 (UTC)

You might want to ask Zatalliya about that. I am not so sure about reuploading powers after they have been deleted. CrystalStorm51 (talk) 22:56, April 28, 2020 (UTC)

Oh, and don't forget to sign your messages. There is a signature button next to the crossed out abc button above the box where you make messages. Use that. CrystalStorm51 (talk) 23:18, April 28, 2020 (UTC)

Hi, thanks for reaching out.

Could you upload the power in a blog post so I could give a look-over to the page contents before you publish it on the mainspace? The reason behind this is that I want the portrayal of mental illness (although fictional) to be as accurate and sensible as possible. Even if the formatting isn't alright, I could always go back and fix it — the content is the biggest concern from my side. Jess (❁´◡`) (Talk) (Powerlisting Discord) 23:45, April 28, 2020 (UTC)

I'll review the page in a while. From the first look of it, there are some things that should be changed. It's not because the page is bad, but because there are certain quality improvements that I can put in to further help the power. Also, the power needs at least 1 user from a published fictional work to be put on the mainspace itself. Until then, it's perfectly fine to keep in your blog. I'm planning on creating a way to discover user-made powers, so your page will get attention even if it doesn't have users. Jess (❁´◡`) (Talk) (Powerlisting Discord) 20:02, April 29, 2020 (UTC)

I have moved Plasma Conversion into your blog. The reason for this is that none of the listed users of that power actually have the power as it is written.

Cyclops' eyes function as portals to another dimension, and when they open they release a heat-less concussive force in the form of his blast. It's not actually a plasma at all. As one friend of mine put it, his eyes are "portals to the punch dimension".

Havok is a more understandable misinterpretation. Havok absorbs energy and converts it to plasma. Normally this is cosmic background radiation, though he can also willingly choose to absorb other kinds of energy. This isn't him converting one form of plasma to another, which is what the power is written as doing.

First of all, great power. I was actually surprised to see that we don't already have this on the Wikia.

As a heads up, I've removed most of the Known Users. As it's written this power says it's a variation of Werebeast Physiology, which describes people who are shape shifters who take on Bird-like abilities and/or shapeshift into birds. This would mean that not every humanoid who has bird-like features would meet that criteria (i.e. Ra from Eyptian myth or Blaziken from Pokemon), just people who shape shift into birds/having bird-like traits. This people would have Avian Physiology.

There not considered real powers.

The same goes with fearlessness.

Please stop adding random categories that have nothing to do with the powers.SageM (talk) 00:28, May 7, 2020 (UTC)SageM

If they can't be physically achieved in real life, then they aren't considered real powers.

True Fearlessness is not possible in real life, because all living things feel the emotion of fear. Its an inherent survival mechanism. There is a big difference between being brave and actually not having the emotion of fear at all.

You are confusing bravery with actually lacking the emotion of fear entirely.

Telekinesis cannot be achieved (nor does it exist) in real life, and retrocognition doesn't exist in it either.

I have a lot more experience on this wikia then you do.

I know exactly what I am doing.

Telekinesis is not real. Its not possible to achieve in real life. Retrocognition isn't possible either.

When people can start moving objects with their minds in real life, then every power on this wiki becomes physically achievable.

Retrieved from "https://powerlisting.fandom.com/wiki/Message_Wall:Baalzebug/User_talk_archive"
Community content is available under CC-BY-SA unless otherwise noted.