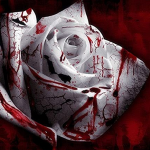 Happy Tuesday, Zatalliya! INACTIVITY NOTICE: I will be gone from 8/5/2020 to the 16th or 17th. Message me here AND Discord (or ask another admin to reach me there) if you absolutely need my attention. Chances are, another administrator can help you out, like...

Welcome to my message wall!