We May Be Able To See But That Doesn't Mean We Understand.

"It's a mystery. That's the first thing that interests me about the idea of God. If there is one, it's mysterious and powerful and awesome to even consider the concept, and you have to take it seriously."
― Stephen King

"There are more things in heaven and earth, Horatio, Than are dreamt of in your philosophy."
― Hamlet

The user has the capabilities to create and assume control of concepts that aren't of a general mind-scape, in other terms, the insane, illogical and irrational to name a few. These ideas are capable of infinite diversity as there are more things alien than there are that are well known or known at all. The concepts can vary from point to point so examples can include; a irrational form of causality, probabilities that surpass one hundred percent or lower than a absolute zero, go beyond boundaries and infinite or just make them nonexistent, create infinite hierarchy of infinites. In basic terms the user transcends all normal understanding.

These "ideas", if they can even be called that anymore, are by default, inconceivable. This could mean a lot of things, it could possibly interfere with other concepts, or it could reside outside of the Omega Omnisphere (it's possible but not probable.) and even more. We can't fully understand it even if we tried, as it is alien and it won't be anymore if we were able to understand it, and that's what it is to the user, normal and probably along with everything else. So it isn't as much as alien to everyone but the user is what make the concept labeled such. Though since these are alien concepts, they may need to filter the concepts they use, for other's sake.

The user would be able to take abnormal concepts with similar fundamentals to achieve these capabilities.

Akasha: Where every concept is and isn't, known and unknown.

The Reverse World: Where logical and physical concepts don't apply.

It doesn't have to make sense, it just needs to be. 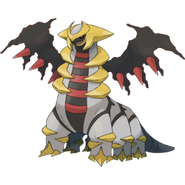