The Anti-Spiral (Gurren Lagann) is depicted as being omniscient, omnipresent and nigh-omnipotent. It's attacks are powerful enough to create and destroy entire universes and multiverses, yet Simon defeated it using physical combat.

"ENOUGH! You are, all of you, beneath me! I am a GOD, you dull creature! And I will NOT be bullied by-"
"(Various smashing sounds)"
"Puny God..."
― Loki and the Incredible Hulk (Marvel Cinematic Universe)

"We're the Justice League. We've beaten up real Gods and made them cry. You are nothing to us."
― Martian Manhunter (DC Comics)

The power to fight/defeat anything using physical combat.

User can fight/defeat anything, including concepts and immaterial things, using physical combat. This means they can fight things that should not be able to be fought. For example users could gain immortality by fighting and defeating death with only physical combat.

On the more absurd levels users can take on beings that have no form and still punch their lights out. Primordial entities, universal abstracts, eldritch abominations, and the like can all be fought and bested using only physical combat.

See Also: Did You Just Punch Out Cthulhu? and Defeating The Undefeatable.

Setsuna (Angel Sanctuary) defeated God by chopping his head off.

Aquarion Kou (Aquarian Logos) was able to defeat nothingness itself by punching it to death.

Asura (Asura's Wrath) defeats all his foes with his fist. The most notable being the creator and ruler of his universe.

Guts (Berserk) was able to defeat Ganishka an extremely powerful Apostle made of mist and later the Sea God, an eldritch abomination using nothing but physical combat.

The most evolved form of the Gurren Lagann can fight anything from concepts to universal forces using physical combat.

The different Player Characters (Shin Megami Tensei) routinely take on foes such as major deities. Beings like Izanami, Brahma, Shiva, Vishnu, The Four Archangels, Lucifer, and company and at least two games make you challenge God all the while using physical combat.

Scathach (Valkyrie Crusade) the goddess of melee.
Add a photo to this gallery 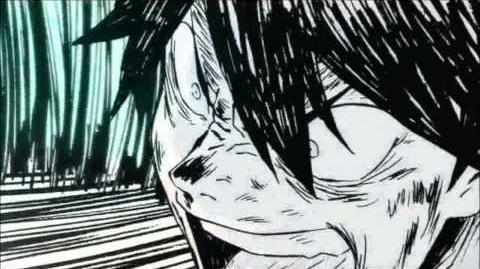 Simon vs The Anti Spiral Fist Fight
Add a photo to this gallery
Retrieved from "https://powerlisting.fandom.com/wiki/Meta_Combat?oldid=1526176"
Community content is available under CC-BY-SA unless otherwise noted.