Be immune to all powers.

The ability to be absolutely immune to any and all powers of any type/level. Sub-power of Meta Power Manipulation. Perfect version of Power Immunity. Variation of Omni-Immunity. Opposite of Meta Immunity Bypassing.

User is completely and perfectly immune to any and all powers in existence and beyond, regardless of its type, status, or level of power, including but not limited to: omni and meta-level powers.

The Behemoth (Judeo-Christianity) has no weaknesses and cannot be defeated by anything less than an omnipotent being...

... as does the Leviathan (Judeo-Christianity)...

...as well as the Ziz (Judeo-Christianity). 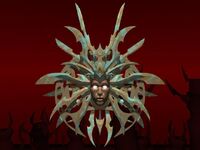 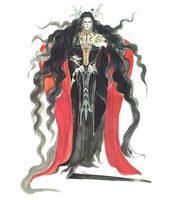 Virgil, The Ring Lord (Saga Frontier) has absolutely no weaknesses, so much so that you can't even hurt him, the most you can do is entertain him with your attacks
Add a photo to this gallery
Retrieved from "https://powerlisting.fandom.com/wiki/Meta_Power_Immunity?oldid=1733823"
Community content is available under CC-BY-SA unless otherwise noted.