Manipulate all forms of probability on all levels.

"You have no idea how much I can hurt you, human. Do not test my patience."
― Bernkastel

The ability to manipulate all forms of probability on all levels. Perfect version of Probability Manipulation.

User can manipulate all kinds of probabilities, of all nature and scale, increasing the possibilities exponentially, including the quantum level, which fluctuations underlay everything in material universes, and the metaphysical level, which is essentially the quantum equivalent in non-material realms.

This allows users to achieve virtually any effect, as long as it isn't absolutely out of the realm of probabilities.

Arcanna Jones (Marvel) can see all the quantum possibilities and choose which will become reality. Her powers rival Scarlet witch.

Othinus (To Aru Majutsu no Index) instantly destroying the world after unifying her infinite possibilities.

Fortuna (Valkyrie Crusade) as the goddess of luck, can manipulate all forms of probability on all levels.

Utakata Misogi (Chivalry of a Failed Knight) with his Black Box sacred art, can manipulate any outcome of any event, as long as the chance is not absolute 0.
Add a photo to this gallery 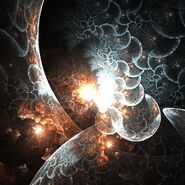 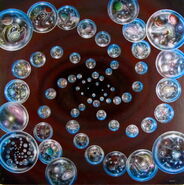 Probability Levels.
Add a photo to this gallery

Giant monsters at your disposal

Raids to other worlds

Your garden is a world of its own

Open the door to anywhere

A new magical and beautiful forest

Change your view on your winter wonderland

A dark castle to explore

A nice place to hangout

The beauty of nature on a whole new level

From dust to dust

Boundaries are over rated

The future is here

The universe is their for the taken
Add a photo to this gallery
Retrieved from "https://powerlisting.fandom.com/wiki/Meta_Probability_Manipulation?oldid=1071111"
Community content is available under CC-BY-SA unless otherwise noted.