The power to create and project balls of metal. Sub-power of Metal Attacks. Variation of Earth Ball Projection.

The user can create and fire balls of metal with a range of different sizes.

Dia's Munchlax (Pokémon) flings an Iron Ball to knock out a Mismagius. 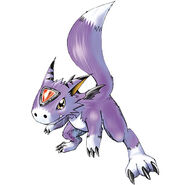 Dorumon (Digimon) can use "Dash Metal" to shoot metal balls from his mouth. 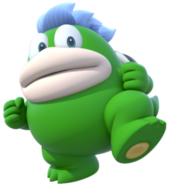 Spike (Mario) is an enemy that shoots spiked metal balls from its mouth.
Add a photo to this gallery
Retrieved from "https://powerlisting.fandom.com/wiki/Metal_Ball_Projection?oldid=1505128"
Community content is available under CC-BY-SA unless otherwise noted.