The power to possess an arm with shapeshifting properties. Variation of Selective Limb Empowerment. Lesser version of Arm Transformation.

The user has at least one arm or hand that has shapeshifting properties, allowing it to morph into various forms.

James Heller (Prototype 2) can morph his hands into various weapons including... 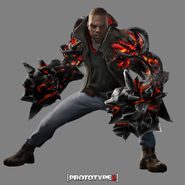 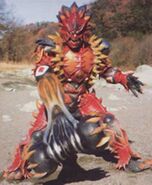