When Franmalth (Fairy Tail) absorbs his targets' souls, he can not only use their abilities but mimic their appearances as well.

The ability to mimic the appearance and powers of other beings. Combination of Shapeshifting and Power Replication.

User can mimic the appearance and powers of other beings.

Kirby (Super Smash Bros.) with his copy ability can not only mimic his target's abilities but their forms too, but not fully. 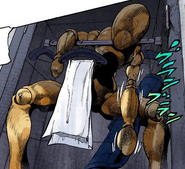 Surface's (JoJo's Bizarre Adventure Part IV Diamond is Unbreakable) primary ability is to copy the appearance of another person. If the mannequin faces someone, it will perfectly copy that person's appearance, voice, and mannerisms, down to the fingerprints. 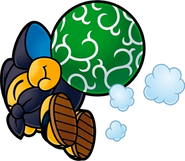 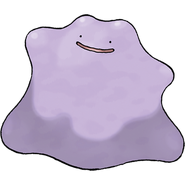 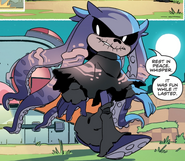 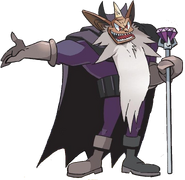 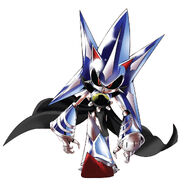 Metamorphia (Sonic the Comic) takes on a green-skinned version of Sonic, gaining his super-speed. 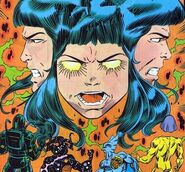 Protege (Marvel Comics) take the appearances of the Living Tribunal.
Add a photo to this gallery
Retrieved from "https://powerlisting.fandom.com/wiki/Mimicry_Form?oldid=1647045"
Community content is available under CC-BY-SA unless otherwise noted.