User with this ability either is or can transform into a minotaur, a legendary man-beast combining features of a Bovine and human, usually either as human with the head of a bovine or with legs/tail of a bovine as well.

Physical details, like the amount of fur, coloration and shape/size of horns varies depending of the kind of bovine they most resemble. While most are described as feral or at least warlike, others may be more peaceful or at least civilized.

See Also: A Load of Bull.

Minotaur Vs. Kratos (God of War) 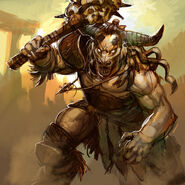 A Minotaur in rage 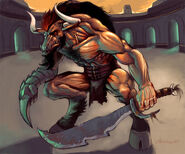 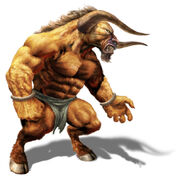 Iron Will (My Little Pony Friendship is Magic) 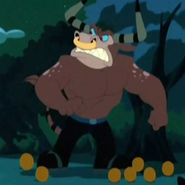 The Minotaur (The Life and Times of Juniper Lee) 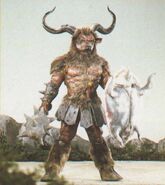