Slow down the movement of molecules of object/organism.

The power to slow down molecules of object/organism so they are motionless. Sub-power of Molecular Manipulation. Not to be confused with Time Stopping.

The user can reduce the speed of objects/organisms to the point of them becoming immobile. This produces similar effects to time stopping, and the user can freeze specific targets, parts of a target, or immobilize the molecules within their surroundings. As with time-stop, the consciousness of an affected organism is immobilized, which causes them to be unaware of any event that transpired while the user had frozen them.

Gideon (Once Upon a Time) freezes people.

Zelena (Once Upon a Time) can freeze people.

Red Queen (Once Upon a Time in Wonderland) freezes Alice.
Add a photo to this gallery 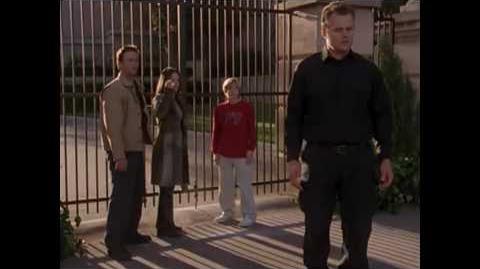 Pipers Freezing Power
Add a photo to this gallery
Retrieved from "https://powerlisting.fandom.com/wiki/Molecular_Immobilization?oldid=1446118"
Community content is available under CC-BY-SA unless otherwise noted.