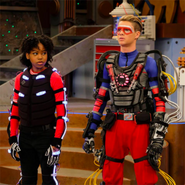 Charlotte (Henry Danger/Danger Force) can control Henry movement after he was sprayed with Flabber Gas
Add a photo to this gallery
Retrieved from "https://powerlisting.fandom.com/wiki/Motor-Skill_Manipulation?oldid=1432275"
Community content is available under CC-BY-SA unless otherwise noted.