Neshinbara (Horizon In The Middle of Nowhere) can focus on multiple actions/events at the same time in order to direct the other members of class 3-Plum.

Focus on multiple things at once.

The ability to focus on multiple things at once. Variation of Multitasking.

The user is capable of consciously focusing, and being fully aware of multiple people, dangers, locations, tasks, etc., at once without any trouble or confusion, through either their physical senses and/or supernatural means. For instance, focusing on multiple opponents in front of them, while using clairvoyance to focus on multiple locations at the same time, or being able to use multiple of one's other powers at the same time.

This power doesn't mean the user can necessarily process all the information they're receiving, or the thoughts they're processing any quicker or more efficiently than a normal human, though some users are likely able to; this power is about how many things the user can actively focus on at the same time.

See Also: Excuse Me While I Multitask.

Shiroe (Log Horizon) can actively focus on the health, mana, buffs, debuffs, positions, classes, skills and timings of all party/raid members, enemies and bosses, and his environment at the same time. 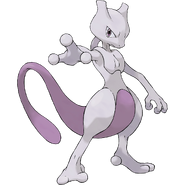 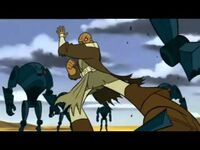