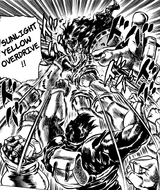 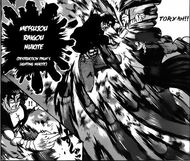 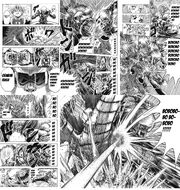 Bobobo-bo Bo-bobo (Bobobo-bo Bo-bobo) uses the Genaha Rush in his Shinsetsu form dealing a massive amount of punches before a finishing one
Add a photo to this gallery
Retrieved from "https://powerlisting.fandom.com/wiki/Multi_Strike?oldid=656308"
Community content is available under CC-BY-SA unless otherwise noted.